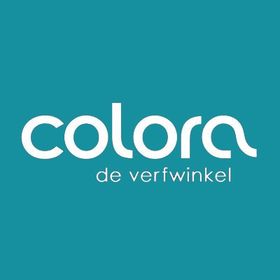 Paint producer BOSS paints, established in 1945, is a well-known brand name in Belgium. This family business, which operates in a market dominated by multinationals, has a reputation as a specialist in high-end indoor and outdoor building paints and decorative wall techniques. It is also a wholesaler in paint accessories. BOSS paints addresses the general public through approximately sixty colora shops located in Belgium and the Netherlands. Together, BOSS paints and colora employ about 500 people. Each year, no less than three million litres of paint is produced at the head office in Waregem.

‘Making the world a more beautiful place through our passion for colour and paint is our mission,’ says Jan Degezelle, Knowledge Manager for Paint and Accessories at BOSS paints. ‘Our five core values are customer, quality, people, the environment and profitability.’ As is usually the case with a mission and values statement, this looks especially nice on paper or a on a website. Yet BOSS paints really wanted to promote its values and carried out a survey among private and professional end customers, asking them the following question: why do you buy from us?

‘Quality and service were recurring themes, but as you would expect we are not the only ones who offer that,’ says Jan Degezelle. ‘Our employees’ know-how was a particularly decisive factor, and in that respect we are indeed unique. Of course we want to maintain that excellent result, and actually even improve on it. Paint is a complex product, and we find it important to give customers the right advice. This is why we started Project Everest in 2012, the objective being to measurably increase the professional knowledge of our employees to a predetermined level. Everest is the name of our knowledge platform, but it also indicates how high our ambitions are. We didn’t call it Project Mont Blanc’, says Jan Degezelle with a smile.

So in this connection, BOSS paints/colora began implementing an LMS (Learning Management System) and developing the related communication. Among other things, learning paths were established. Depending on the position of employees, these paths consisted of ten to sixty training courses, ranging from short half-hour e-Learning modules to traditional multi-day classroom courses. BOSS paints/colora resolutely opted for blended learning, applying a mix of traditional courses, internships and e-Learning. Every employee completes his or her learning path at his or her own pace. ‘Some are ready in six months, while others can take two years. That’s no problem at all.’

‘In the meantime, this adds up to 500 ongoing learning paths that I’m managing together with my colleague Jochen. That involves a lot of work, and we really have tried everything in the past: PowerPoint, Word with photos, and other tools that often work very well, but which are usually very time-consuming and labour-intensive. If you know that creating a ten minute e-Learning module takes several days, you realise that two Full Time Equivalents simply isn’t enough. This is especially true because in recent years everything has had to go so much faster in a rapidly-changing market where content is constantly being adapted.

The training courses had to be created more quickly, and they had to be shorter as well. For BOSS paints/colora, this was a sign to change our approach to training. Enter FLOWSPARKS, just when BOSS had developed a new type of interior wall paint and everyone had to be trained in it.

‘We got started in January 2020, and after three weeks we had already completed our first e-Learning modules,’ explains Jochen Phlypo, Technical Content Writer at BOSS paints. ‘We create training courses for 500 people, always in Dutch and French, so that’s a lot of work, but in a good five months we have already managed to create 45 e-Learning modules with FLOWSPARKS. This includes general information about our products as well as sales training for our colora employees.’

BOSS paints/colora develops the sales modules based on specific cases encountered in the shops. For example, what do you do when a customer requests a product that is no longer on offer? A short video illustrating this situation is shown in FLOWSPARKS. The three answer options are then presented in the video and the participant chooses the best option. He or she receives immediate feedback on his or her choice and an explanation of how best to react and why.

Video training is perfect for an interactive learning experience

e-Learning and video training have been a part of BOSS paints and Colora for a while now, but since we started using FLOWSPARKS, we’ve been able to work faster and improve quality. The system is extremely user-friendly and the different Learning Formats are so well-thought-out that making online learning interactive is now easier and more enjoyable.

An appropriate template for each objective

‘Some customers know exactly what they want, while others just come in with a vague idea of what they want to do in their home,’ says Jochen Phlypo. ‘Here, you can’t just hand them a pot of paint. As an employee, you must give them the right technical advice. This is why we created interactive checklists via SMARTMAGAZINES. Employees are given a list of questions they need to ask in order to properly assess the client’s project and provide the correct advice. A major advantage of FLOWSPARKS in this respect is that you can open and consult the checklist on any mobile device.’ ‘To share information about new products, we use SMARTPAGES. This is much more interesting than a boring and very dry PDF document. Also, it’s very quickly put together and easy to add text, images and a video, even when these are simply made with an iPhone. The same applies to links to external sites and files with subtitles’, says Jochen Phlypo. ‘The images in our e-Learning modules are embedded and directly linked to our media library. When we upload a new version of the image to the library, it is automatically changed in every e-Learning module where the image appears. With the SMARTMAGAZINE template, via frequently asked questions we bring the technical knowledge of our employees up to speed.’ In this connection, there is a suitable template for each learning objective in FLOWSPARKS.

Jochen Phlypo is very happy about FLOWSPARKS. ‘There is a wide range of formats and templates available and it was very easy to implement in our own LMS. You can also be sure that your people are always working with the latest version of the e-Learning module because changes are immediately available. We have only received positive reactions from both users and creators of training courses. On top of that, we have also received excellent support from the FLOWSPARKS team. There are webinars on new Learning Formats, and the helpdesk is always available.’ Would you like to start developing e-Learning quickly and easily?

I want a demo